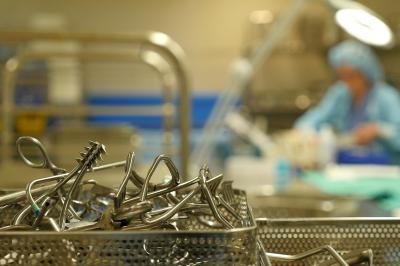 These new sterilizers replace units that malfunctioned last spring, which caused the delay of 563 surgeries. Nearly all of those procedures have been completed or rebooked. Surgeries are being completed using equipment sterilized at other NSHA sites across the province and at partner organizations, including the IWK.

“Our staff and physicians have come together, along with our partners at the IWK, to ensure safe, quality patient care has continued despite fewer sterilizers available across the system. Staff at our sites have succeeded in ensuring instruments are available for the surgeries patients need,” said Janet Knox, President and CEO of NSHA. “We look forward to having the sterilizers in place, which will help ensure safe care long into the future.”

The new units will allow the Halifax Infirmary to re-establish full sterilization capacity. They are expected to be installed and running in August.

Four more units are expected to arrive within the coming weeks to be installed at the QEII’s Victoria General (VG) site, renewing the full sterilization capacity for the QEII. The VG units will be installed by the fall.

The sterilizers are were funded by the provincial government, which committed $1.5 million, and the QEII Foundation, which stepped in to provide up to $450,000 for the new sterilizers.

“The QEII Health Sciences Centre is here when Atlantic Canadian patients and their families need it most,” says Dale Godsoe, chair of the QEII Foundation. “The QEII Foundation is grateful to the donors who continue to play an important role in the delivery of health care at the QEII.”